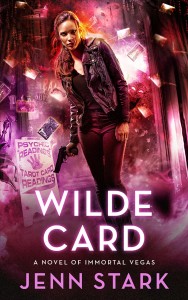 I couldn’t blink. I couldn’t breathe. Six foot two of hard-bodied ex-special forces operative was snugged up against my backside, and I was totally falling for him.

“Unghflun.” Even worse, we were still spinning. They’d told me the spinning would stop, but it didn’t feel like it was stopping. It felt like we were dying. And of all the ways to die, smashing into the side of the Baikal Mountains in Inner Mongolia had curiously not made my short list.

Just as I contemplated the merits of passing out, the man clipped to me in a measly four places grunted something hopeful-sounding, and I risked a glance up to see that our parachute had deployed. That would be the “Low Opening” portion of this joyride, the “High Altitude” being covered by our precipitous exit from the jet now well on its way out of here. Once we finished this job and had the crown we were seeking, there was nowhere to go but down. Which had its own set of problems.

But first things first. We stabilized, still dropping fast. Four dead-black shadows, barely discernible in the heavy night, soared silently down. I squinted and tried to see our destination, but it was a tricky thing.

We were aiming for a strip of dirt nestled in the mouth of sheer cliff walls, before the world dropped away to more jagged peaks below. Literally between a rock and a hard place.

I scowled at the man next to me, limp in the embrace of his carrier as helpless as a kitten. He couldn’t see me through the helmet. I scowled anyway. Something about him just didn’t smell right, but he hadn’t been my call.

We’d picked up Gerel the Mongolian outside of Irkutsk after a brief recon to verify that he at least appeared what he was talking about. Trusting the locals was always a sketchy proposition in artifact hunting. You needed them more than they needed you, generally speaking. But this guy seemed both legit enough and desperate enough to provide decent information. Not that I really cared. I was responsible for the end-game of the work in the crypt, not the open-Sesame part. I didn’t trust our little guide, especially when he hadn’t flinched at the prospect of jumping out of an airplane, but I didn’t have to trust him, I just had to be ready for my close up.

The Mongolian burial chamber locked deep inside this rock had a magical artifact of keen importance to my client. And since he was keen on paying me to help retrieve it, I was game. He was one of the good guys, and there were precious few of them these days. Besides, magic was never supposed to be cooped up beneath a mountain. That’s how earthquakes started.

Another crackle in my helmet. “Bend your knees.”

His laughter carried through our final several hundred feet of descent and suddenly we were on the ground, speeding toward what looked like a sheer drop off the side of the mountain. He unclipped me neatly and stopped me before I could careen into sheer black nothingness. As we turned, the second four-armed beast dropped beside me, our guide and his sherpa-delivery system neatly outrunning their chute. Two more men came down beside us, the last of the assault team assigned by the client for this mission. That took our tally up to four bo-hunk assassins, one Mongolian guide whose fear of his creditors just narrowly exceeded his fear of the hidden crypt we were about to enter, and me.

Just another day in paradise.