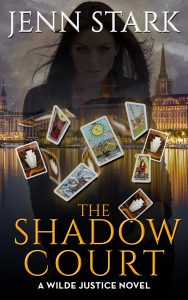 Don’t you forget about me…

She’s a Tarot-reading artifact hunter finally willing to own her supernatural abilities. He’s the all-powerful Magician of the Arcana Council who once loved her…but now doesn’t remember her, the result of a battle to defeat a terrifying enemy.

Isolated and alone, Sara must race time to help the Magician uncover his ancient knowledge, but can she live with what she finds? Will his dark past destroy them both?

Worse, a rival council, known only as the Shadow Court, has emerged to wage battle against the Arcana Council. And if Sara can’t help the Magician recall how to combat this insidious, mind-bending threat, the world will descend into devastating war.

Love could be your last, best weapon when you confront The Shadow Court.