Welcome to the world of Immortal Vegas – where your life can change with a turn of the card! Since I started the series at a dead run, I wanted a place on my site where you could slow down, cruise the Strip, and get to know the players of the Arcana Council, as well as some of Sara’s compatriots in Sin City. If I miss anyone you’d like to know more about, Contact Me!

NOTE: The cards depicted on this page are from the gorgeous Tarot Royale deck by famed Tarot card designer Ciro Marchetti, who graciously gave me permission to use his cards on my site. I will probably beg him to create a Magician card who looks more like Armaeus one day, but I am thrilled to be able to share these beautiful cards!

The World of Immortal Vegas…

The Members of the Arcana Council, in order of their appearance in the series: 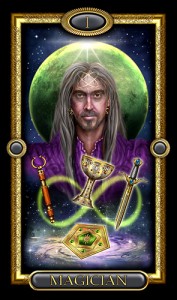 Armaeus Bertrand, aka the Magician, is the leader of the Arcana Council. Half-French, half-Egyptian, he has been a member of the Arcana Council since the thirteenth century. He is tall, with dark hair, bronzed skin and his eyes are hued gold. His abilities are seemingly limitless, and include mental telepathy, powerful illusions, control over the elements, and vocal projection. Importantly, the source of his power is man’s primal procreative ability.

Armaeus began working with Sara shortly after the events of the novella ONE WILDE NIGHT, and by the time of Book 1, GETTING WILDE, he’d hired her for several assignments. Sara perplexes him, because she can block his attempts to read her mind – and because their mutual attraction sends her into a panic if he gets too close. Sara tried to test that boundary, one fatal night before the events of GETTING WILDE, with disastrous results. Sara blacked out, the Magician backed off, and the two of them have been circling each other ever since, constantly battling this attraction they can neither understand nor satisfy. But the Magician isn’t about to give up trying.

Domain on the Strip: Prime Luxe (above the Luxor) 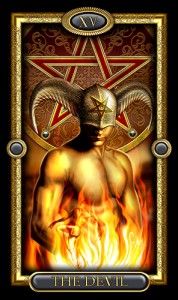 Aleksander Kreios, aka the Devil, is the Magician’s closest confidant. While he can (and does) appear in a variety of guises, he most typically is tall and blonde, with jade green eyes. His heritage is Greek, and he joined the council on the eve of WWII, when he was living and working in Constantinople/Instanbul. He is a connoisseur of fine things, which can sometimes get him into trouble. He is also a well known collector of artwork and artifacts. His abilities include the ability to create powerful illusions (and replicate himself at will), and an immediate knowledge of and ability to satisfy any mortal’s most powerful needs and desires… but not their fears. Fears must actually be spoken aloud to the Devil for him to act upon them, but fortunately most people are all too quick to share their deepest dread. The Devil also has a penchant for complete, utter… and sometimes brutal honesty.

Domain on the Strip: Scandal (above the Flamingo) 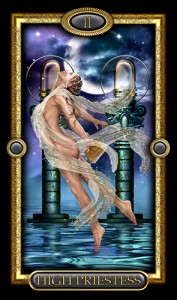 Eshe, aka the High Priestess, is the oldest sitting Council member. Her specific heritage is unknown, but she rocks a Greco-Roman wardrobe that perfectly sets off her lithe figure, long black hair, and olive-toned skin. She keeps mostly to herself unless she needs something, at which point she appears quickly and acts decisively until her desires are satisfied, then withdraws again.

Her abilities are to interpret and direct present and future events as “seen” for her through an oracle. She can also afflict the nerves and emotions of others to bring about the futures she prefers to play out.

Domain on the Strip: none (currently resides at Prime Luxe) 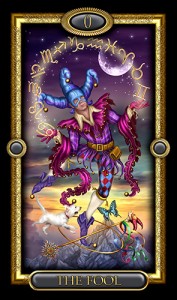 Simon, aka the Fool, is the youngest Council member, having incarnated in his early twenties. He also goes by the names Raven, Gwydion, Kutkh and Hermes, along with a multitude of trickster gods (other than Loki, which has been overdone.)

The Fool is slender, is generally casually dressed in jeans, Chucks and tee-shirts, and currently favors a Deadpool skullcap to tame his wiry hair. He is rarely without his beat-up messenger bag stuffed with electronics. His abilities include electrical manipulation, teleporting, manipulation and mad hacking skillz.

Domain on the Strip: working on it 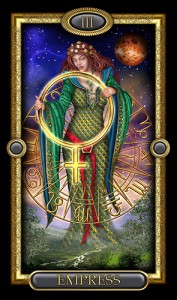 Roxie Meadows, aka the Empress, is the newest known Council member, having incarnated in the 1970s after a successful career as a carnie psychic and palm reader, known for hosting flamboyant parties in Las Vegas. She is a fun-loving curvaceous blonde whose abilities are to make something out of nothing–elevating sleight of hand and illusions to instill profound beliefs in others. Her abilities have secured her both wealth and comfort, and her position on the Arcana Council assures her a lifetime of perfect looks.

Domain on the Strip: Unnamed fairy-tale style castle, above the Bellagio

The other Council members will be added as Sara meets them in the series!